Social Networks and Workplace Risk: Scenarios from a U.S. and EU Perspective 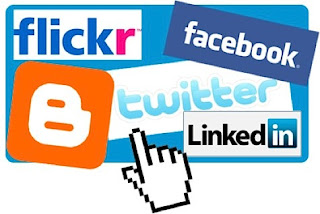 Here's an excerpt of my 40-page article, which is being published in a journal (January 2013):

Social Networks and Workplace Risk: Classroom Scenarios from a U.S. and EU Perspective


Many employees in the United States are unaware that their conduct on social networks may lead to discipline or dismissal.  For example, recent incidents show the extent to which employers will reprimand and even fire employees for using social media:

This paper builds on our classroom experiences and provides social media scenarios and projects that allow students to analyze and critically compare the workplace boundaries of social network use.   Part I includes a description of an out-of-class assignment that assesses what types of social media comments students deem inappropriate in the workplace, completed by students before the professor actually discusses applicable legal principles.  Then, Part II provides classroom scenarios which reinforce what students learn about the evolving law of social networks and privacy in the U.S. and the EU workplace.  Part III looks at other legal considerations of social media use including sexual harassment and anonymous speech, and offers additional classroom scenarios.  Part IV outlines a class project in which students collaborate in groups to develop social media policies for the U.S. workplace, and compare and contrast the impact of similar policies on EU employees.

Perry Binder
Perry Binder is an attorney, a Clinical Associate Professor of Legal Studies at Georgia State University, and the author of several law articles and books. His seminars and keynotes for companies, law firms, colleges, and organizations are described as "hilarious, enthusiastic, and practical." Perry received multiple Teaching Excellence Awards, the MBA Crystal Apple Award, and the Service Excellence Award from GSU's Robinson College of Business. Years earlier, he litigated complex business cases in Miami, and received the Dade County Bar Association's Pro Bono Award, for service to individuals unable to afford legal counsel. Perry is a member of The Florida Bar and the Academy of Legal Studies in Business. He is a former radio talk show host who is frequently quoted in the media, including USA Today, The New York Times, and ESPN Classic.