Cyberbullying Prevention in the 2013 Workplace 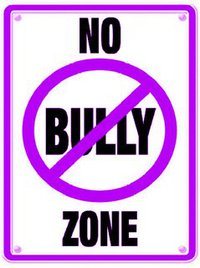 Recently, a county in Georgia has treated workplace bullying of government employees as grounds for dismissal.
Fulton County [Atlanta, GA] banned bullying in the workplace, making it a firable offense. The director of a workplace institute praises Commissioner Bill Edwards, who proposed the rules for addressing the harm bullying inflicts on victims and the work environment. While a criminal justice professor applauds anti-bullying policies intent, he says they aren’t an instant answer. And another professor suggests that Georgia adopt legislation geared to deter bullying.
Workplace bullies: Back off!

As far as worldwide treatment of workplace bullying, Australia has taken a lead role, prompted by the unfortunate  death of teenage waitress Brodie Panlock:
Four men were fined a total of $335,000 last year over the relentless bullying of Brodie while she worked at Cafe Vamp, in Melbourne. There were charged with workplace offences rather than assault or criminal offences.  During her time at Cafe Vamp, Brodie was spat on, called ugly and, on one occasion, had fish oil poured all over her hair and clothes.  She was 19 when threw herself from a multi-storey car park in September 2006.  When she first attempted suicide she was mocked for failing, then offered rat poison.

Workplace Education and Prevention
What can companies do to prevent employee bullying at work and online, whether on or off company time?  Human resources professionals should consider a revision of company handbooks and social media policies to specifically include language on the lack of tolerance for employee bullying activity.

Perry Binder
Perry Binder is an attorney, a Clinical Associate Professor of Legal Studies at Georgia State University, and the author of several articles and books. His seminars and keynotes for companies, law firms, colleges, and organizations are described as "hilarious, enthusiastic, and practical." Perry received multiple Teaching Excellence Awards, the MBA Crystal Apple Award, and the Service Excellence Award from GSU's Robinson College of Business. Years earlier, he litigated complex business cases in Miami, and received the Dade County Bar Association's Pro Bono Award, for service to individuals unable to afford legal counsel. Perry is a member of The Florida Bar and the Academy of Legal Studies in Business. He is a former radio talk show host who is frequently quoted in the media, including USA Today, The New York Times, and ESPN Classic.